YOUR FIRST WEEK WITH DENTURES: YOUR GUIDE TO TACKLING IT HEAD ON

If you’re worried about the day your teeth are going to be removed or how that first week is going to go with new dentures, who better to ask than the people who’ve been there! So along with our expert advice, we asked new denture wearers about their first few weeks and their top tips they’d want you to know...

HOW TO PREPARE FOR DENTURES

• Empower yourself by making sure you know exactly what’s going to happen on the day.

‘My dentist thoroughly explained everything to me,’ says Greg, 57, who has an upper partial denture. ‘He said most people worry about pain during the procedure and the only thing that you should feel during the entire thing is a slight pinch whenever they give you the numbing injection. Other than that, he said, you're going to hear some noises that may be a little alarming, but you won't feel any pain. He told me how long I would feel groggy and how long it takes before it wears off, and what type of pain medications I would be prescribed for aftercare.’ 1

‘What happens can vary tremendously,’ says Donna, 58, who has a full upper denture and a partial lower denture. ‘I didn’t have all of mine done in one visit. I had three..’ 2

• If you’re feeling anxious in the lead-up to your surgery, try taking a few minutes to practise deep breathing to relax your body and mind. Sit quietly and inhale slowly, counting the number of seconds it takes, and then breathe out for the same count. Do this for a few minutes whenever you feel anxiety rising.

‘I do this breathing app that I have, just in general to calm throughout the day,’ says Lucy, 56, who has a lower partial denture, ‘so I definitely did that before I went in.’ 3

• Think about the bigger picture. ‘I just kept thinking, “Oh, it’s going to be better, I'm going to get my smile back”, trying to think about the end results as opposed to what was going on,’ says Karen, 52, who has an upper partial denture. 4

• Along with the physical impact, there may also be strong emotions about losing your tooth. ‘It hit me a little weirdly mentally, I don’t know why.’ says Lucy. ‘I guess in my mind sort of saying, “Well, not all my original parts anymore”, I don’t know. I would want people to be prepared. I didn't expect the emotional side at all.’ 5

As a new denture wearer, you’ll need to adjust how you eat in the first week, especially that first day with dentures, as the extraction site will be sore and you’ll be learning how to bite and chew with dentures.

• Cold foods can be very soothing for sore gums. ‘The dental assistant told me to get popsicles or ice cream to bring the swelling down in my mouth,’ says Tammy, 46, who has lower partials. ‘So that's what I ate in the first week.’ 6

• The key is soft but nutritious. ‘There was a lot of soups, a lot of puddings, a lot of mashed potatoes with stuff kind of mixed in – everything very soft,’ says Lucy. ‘I’d put in plenty of proteins because I was worried about getting protein if I wasn't eating meat – so beans were good because those were obviously soft.’ 7

• Think about other ways to prepare your favourite foods.  ‘I just adapted the way I cook,’ says Tammy. ‘Instead of frying food, I baked food as that makes it softer or I'd steam it.’ 8

• You may have to avoid some foods you love initially, but you’ll find your way. ‘That was the biggest challenge,’ says Lucy. ‘I was like, “Oh, is it going to feel loose? Can I eat things that are harder to eat?” And I didn't in the beginning, I built up to it.’ 9

YOUR FIRST WEEK WITH DENTURES

This feels different for everybody – some people may experience discomfort; some dentures fit perfectly straightaway, some do not. Whatever happens, you’ll be conscious of them until you get used to the feeling of having something in your mouth.

• ‘They didn't feel natural at all when I first got them,’ says Greg, 57. ‘It felt like I had something in my mouth all the time the first week. They hurt my gums. Not really badly, but it wasn't satisfactory. I did have to go back in twice and the dentist had to make changes in how they fit. But once those were resolved, once my gums got used to them, everything was fine.’ 10

• Be prepared for it to take some time, but have the faith that you’ll get there. ‘It probably took a couple of months to stop feeling like something was in my mouth,’ says Ed. ‘Once you go through the repetition a little bit, you're not even thinking about it.’ 11

Wearing dentures may temporarily affect the way you talk, such as a lisp or not being able to form certain sounds – it’s a normal part of the process and it will be fine once you’ve got used to them.

• ‘I don't think it was anything to do with particular words,’ says Ed, 62, who has upper partials. ‘It's just the self-consciousness of them being there. I slowed down my speech during the beginning. And I think it was just a mental thing because I didn't want to speak too fast and maybe the dentures would be displaced or something like that.’ 12

• Greg wasn’t keen to tell people about his dentures, but he would if the difference in his speech made that necessary. ‘Unless they said "I didn't understand that," or they asked me to repeat something, I wouldn't say anything. But If they did say something like that, I would explain, you know, I just had a partial denture put in, it's affecting the way I pronounce words slightly until I get used to them.’ 13

• ‘I was self-conscious about the way I was talking so when I was at home by myself, I would read out loud from a book to try and improve it,’ says Debra, 58, who has an upper partial denture. This is a great tip and helps you relearn the different sounds that come up in speech. Do it in the mirror to reassure yourself that the dentures look normal when you’re speaking to others. 14

• ‘I took the week off,’ says Lucy, who was left with a gap for a week until she got her dentures. ‘My doctor did tell me to anticipate that it might be that long, so I went ahead and scheduled the time off.’ 15

• Ed recalls feeling nervous about going out. ‘First time going out, will they see a difference in my speaking?,’ he says. ‘When I deal with employees, same thing. It was more a subconscious thing. Will they notice a difference in my cheek? Will they notice how I speak? But I had to. It's just one of those things - you go out there and attack it. The more I delay, the more the fear would build. So just get out there, let's do this thing, and talk it. The more I get out there and talk, the more I'll get used to it.’ 16

Choosing whether or not to tell people about your new dentures is a very personal decision, as you’ll see below from the mixed feelings of our new denture wearers. But even if you don’t broadcast it widely, you may find that telling people close to you can help you to feel supported.

• ‘My sister knew, my brother knew, I wasn't embarrassed,’ says Lucy. ‘I was like, “Oh yeah, I’ve got a big dentist appointment next Thursday”. I was very open about it and didn't have any problems.’ 17

• ‘I told my family,’ says Karen. ‘I was excited to, when I finally got them, you know, I was really excited about it. I think we can be open about it now. There are a lot of commercials for dentists’ offices offering free consultations to fix your teeth, and for implants and dentures. So I don’t think there's anything wrong with it – people talk about it a lot.’ 19

• ‘I never discuss it,’ says Leonard, 54, who has upper partials. ‘I really hate when I forget to even put it in and go out with my friends. I don't want to do that, so I always have to remember to put my tooth in and not show them that I have a missing tooth.’ 20

Painkillers – your dentist will give you advice on what you require 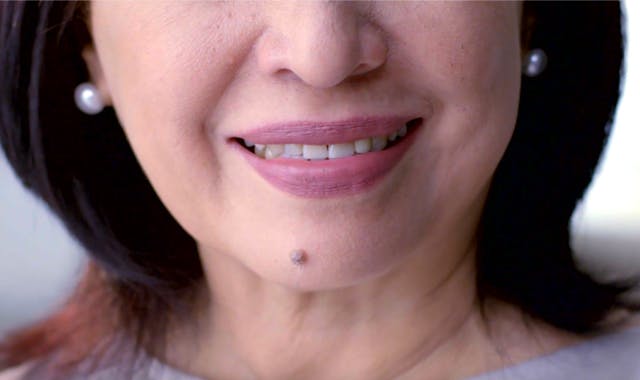 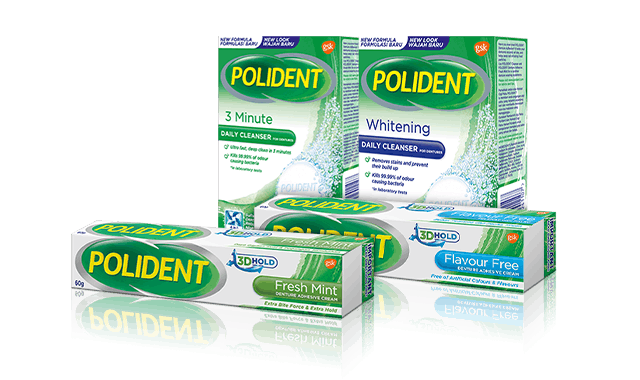